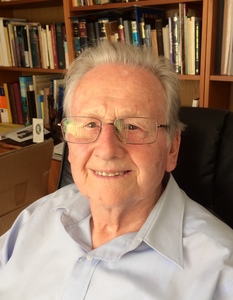 Parasitology lost an outstanding scientist with the regrettable death of Joseph Coloman Boray on 8th July 2018 in his 91 years of age.

Born in 1926 in Salgótarján (Hungary), he studied veterinary medicine at the Veterinary College of Budapest, graduating in 1950. His research career began at the Department of Parasitology and Zoology of the same College where – as the first aspirant of Professor Sándor Kotlán – he obtained the PhD in 1954. After the revolution in Hungary in 1956 Joe and his family departed to Australia, where he was commissioned at the Commonwealth Scientific and Industrial Research Organisation (CSIRO) at the McMaster Animal Health Laboratory in Sidney. At CSIRO he joined a team working on the ecology of liver fluke disease of ruminants. The results of his 12 years research on the epidemiology, chemotherapy and chemoprophylaxis of fasciolosis made his name widely known as outstanding specialist of trematodoses. Flukes do not exist without snails. Thus, Joe became the lover of snails and recognised expert of malacology, as well.

In 1969 he was headed off to Europe (Hanover and Zurich) for 3 years to work on the epidemiology of fasciolosis and to teach helminthology in both veterinary and medical university courses.

Having returned to Australia in 1972 he joined the Agriculture Division of Ciba-Geigy and became the head of the Ciba-Geigy Research Centre in Kemps Creek. The next 10 years was a highly productive period of his life developing a series of compounds with effective antiparasitic potential against cattle tick, sheep blowfly, intestinal helminths of dogs, including the triclabendazol, still the most effective medicine of the liver fluke disease. From 1983 he continued research as head of the NSW Animal Health Research Laboratory in Glenfield. At his retirement in 1999 he received the “Meritorious Service Award” by the Minister of Agriculture of New South Wales.

Joe was a major contributor to and promoter of epidemiologically-based strategic liver fluke control programs in Australia extending the underlying principles to other regions as well. I know, this simple and short account of Joe’s achievements is unable to do justice to his wealth of services to parasitological science. He was a great mentor to young scientists and students.

Joe was highly appreciated and honoured by many awards, such as past President of the Australian Society for Parasitology and of the International Society of Medical and Applied Malacology, Foundation Member of the World Association for the Advancement of Veterinary Parasitology (WAAVP) and the Australian College of Veterinary Scientists, Honorary Member of the Hungarian Society of Parasitologists (1987) and of the WAAVP (1997), etc.

His colleagues shall always remember him as a man with ready laugh and a sharp sense of humour. An anecdote characterizes well a major feature of his personality. At a congress he was asked what specific conditions snail breeding requires. “You should love your snails” was his simple reply.

Rest in peace, Joe, your spirit rests in our hearts and minds.